Email ThisBlogThis!Share to TwitterShare to FacebookShare to Pinterest
標籤： 評論 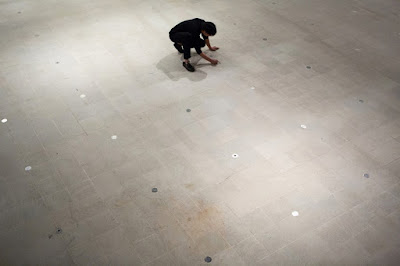 During the 1990s Lai Chih-sheng was a member of the conceptual art group National Oxygen, presenting his early work in disused structures around the periphery of Taipei, which often involved seemingly futile labour, combined with reference to the transformation of site or the reign of absolutism. Examples include an installation in which he stacked a column of 100 bricks up to the ceiling of an empty factory; and another in which he filled a hollow area of an abandoned building with methyl cellulose, forming an artificial water line that met with the surrounding floor. He creates a minimalist, atypical reality within everyday circumstances. His artwork has a site-specific quality, involving concepts of labour and consumption, and raises questions about art and its production, while also drawing on his 13 years of experience as a professional bricklayer.

Extending the tradition of self-reflexivity seen in conceptual art, Lai’s recent work responds to the contemporary art world’s reliance on display systems of self-reference in an exploration of minute perceptions. Such approaches are to be observed in works such as Artwork (2013), a sculpture that mirrors and forms its own pedestal, and Life-Size Drawing (2012), a painting action that hews close to reality, relying on a high investment of labour to trace the very texture of the exhibition venue. Lai strives to remove all vestiges of self-expression from his work, even going so far as transferring the responsibility for its completion onto his audience or the workers who install the exhibition. Such inversions are also demonstrated in Border (2013), in which visitors edge along a narrow path suspended from the venue’s walls, above a centrepiece of discarded materials left behind by exhibition installers, taking to a stage in which one simultaneously observes and is observed.

Email ThisBlogThis!Share to TwitterShare to FacebookShare to Pinterest
標籤： 故事 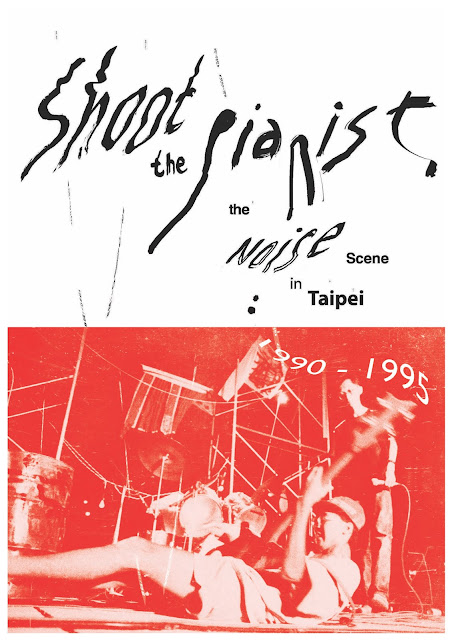 ‘Shoot the Pianist’ is an exhibition revisiting the underground noise scenes in Taipei during the first-half of the 1990s. Its title is taken from a dystopian parable written by the Taiwanese noise band LTK Commune, which depicts how the social system of Taiwan gradually collapses when a number of classical pianists are shot dead and ‘the nation becomes under the control of a bunch of pang-ke (punks)’.

Following the lifting of martial law and the March Student Movement, the early 1990s in Taiwan saw a critical transition from an authoritarian regime towards an increasingly democratic polity and a neoliberal capitalist society. It was also a period when the underground arts scene around the capital city of Taipei was booming. Utilising emerging alternative art spaces and outdoor festivals as platforms, young artists and cultural workers explored various art forms, ranging from noise performances, junk art, ‘little theatre’, installation, fanzine, underground comics and experimental film, as ways to challenge mainstream culture and what they perceived to be an institutional artworld. Their practices would be described as the ‘underground noise movement’ in later years.

‘Shoot the Pianist- The Noise Scene in Taipei 1990-1995’ held at the Peltz Gallery will for the first time in the UK, trace the historical development of these local noise scenes with archival materials. These materials include handbills, ‘zines, photographs, moving-images, homemade cassettes and records from alternative spaces Sickly Sweet and Apartment No. 2; the art group, Taiwan Documenta; the noise bands, Z.S.L.O. and LTK Commune; Taipei Broken Life Festival (1994/95) and the first local record label focusing on experimental sound, Noise. These historical documents will be augmented by prolific Taiwanese artists HOU Chun-ming and YAO Jui-chung’s works, which include prints and photography documenting the urban ruins in the early 1990s.